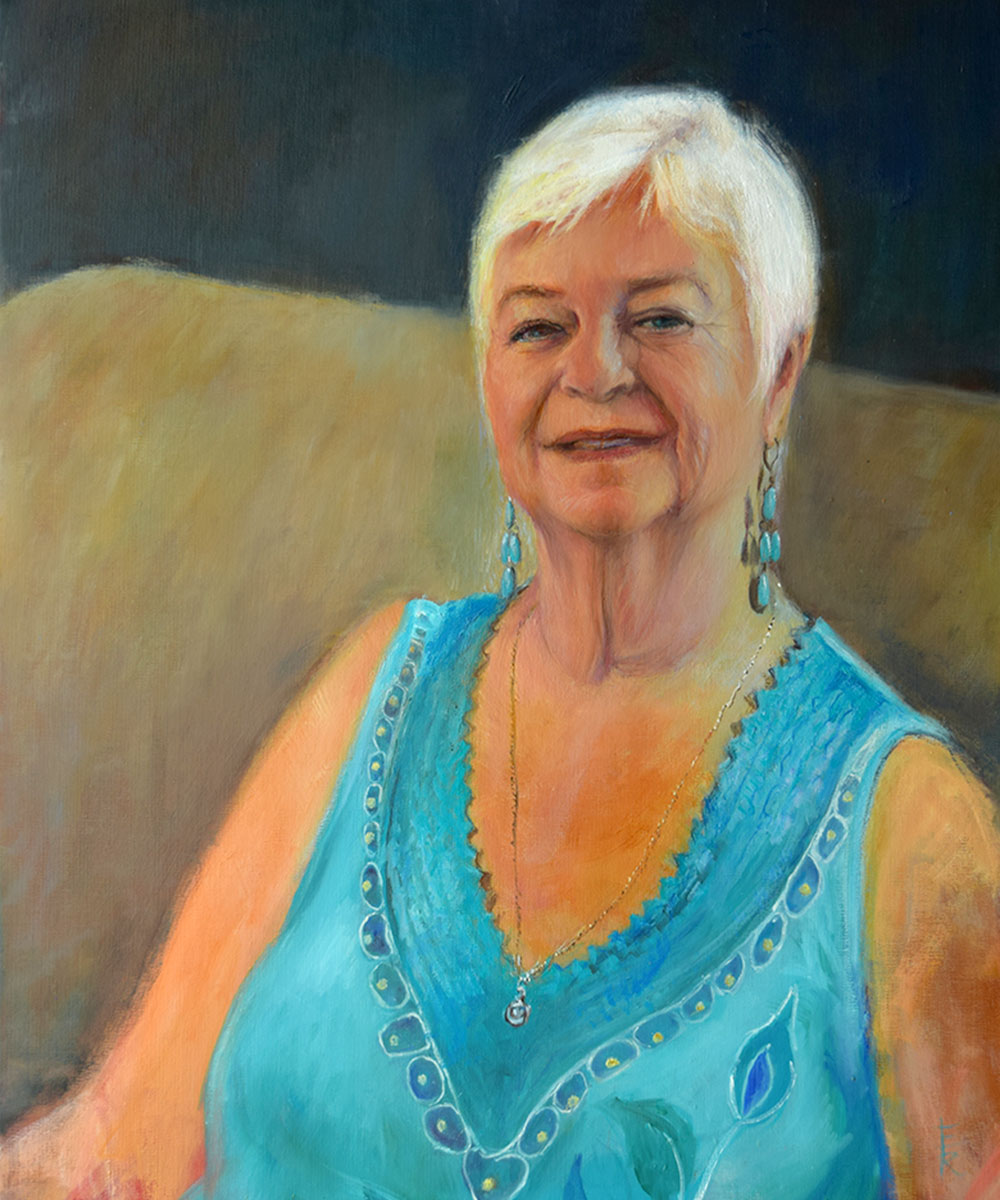 ER: What is your nickname?
AM: “Annie Pooh”

ER: What is your favorite saying or quote?
AM: “This is the day the Lord has made. Let us be glad and rejoice in it.”

ER: Tell me about yourself.
AM: I was born in Syracuse NY. In 1955 when I was 10, My parents moved to Oakland Park FL where I attended St. Marks Episcopal Church until I was graduated from Ft. Lauderdale HS in 1963. I went to college one year in Boston, then I transfered to Temple University to live with relatives for three years, getting my bachelors in elementary education. I married David Mitchell and moved to East Hampton, MA. I had my daughter, Kendra Anne Mitchell. Kendra and I moved back to Ft. Lauderdale in 1979.

In 1981, Kendra and I moved to Coral Springs and became very involved with St. Mary Magdalene Episcopal Church. I was an usher, a Stephen’s minister, and a Eucharistic Minister. Kendra received her first communion and was confirmed at St. Mary Magdalene’s. Kendra married David Marks who also grew up in our church. She was given away by my long time companion, Loren Sexauer, who was in our life for 23 years. He was very active in our church. He died in 2006.

Kendra and her family moved to Viera, FL two years ago with their two children. Austin David, now 21 and Connor Mitchell, now 17. They were both baptised at St. Mary Magdalene’s. Connor is a talented swimmer and Austin played baseball and basketball at Coral Springs Christian Academy. Austin is now in college in Orlando.

I am a retired guidance counselor. In 1975 I earned a masters degree in Early Childhood Education at Westfield State College in Westfield, MA. In 1985 I earned a Doctorate Degree in Early Childhood Education from Nova Southeastern University. In 1991 I earned another masters degree in counseling psychology at Nova and became a guidance counselor. I worked at North Andrews Gardens Elementary School of Performing Arts and Marjory Stoneman Douglas High School. I retired in 1999.

I am enjoying my life in retirement living at King’s Point with all the activities that are there. I love theater, book clubs, ballet, classical music, opera, foreign films and art. I am a member of The Friends of Music. I am slowly getting more involved with church activities. I have been away from these for the past two years after my kids moved. I love the small groups we once had at church. They were social groups and they would change every few months. We got to know more people at the church. I hope that will happen again.

I love a good adventure! I have travelled extensively. I have family all over the world and I love to visit them. Anybody wants to go somewhere, call me! I have been to Israel and Australia four times. I’ve taken five transatlantic cruises. I’ve been to Germany many times. I went to Singapore, Bali, Hong Kong and Bangkok on my Southeast Asia trip. I have gone on a wonderful river cruise through Europe.
I have been to the French Alps a few times. It has been great fun.

Join me on the Fine Art Visual Biographies voyage.