The History of Earth Day

Individual Environmental Responsibility was non-existent before 1970. The Viet Nam war was raging and hippie culture was in full swing.

We just didn’t have a clue! Success meant a hazy smelly blanket in the sky. Ah choo!

Setting the Stage  for Environmental Awareness

Rachel Carson wrote a book in 1962 called Silent Spring. It made the New York Times bestseller list and sold world wide. The popularity of this book opened the eyes of the world to how our environment connects to our well being. How every living organism reacts to pollution. Including us.

And how we are messing it up. We had no individual environmental responsibility.

We were wearing go-go boots AND Earth Shoes back then – Confusing.

Then in January/February of 1969 our country experienced the Santa Barbara Oil Spill.

In ten days 80,000 to 100,000 barrels of oil spilled into the channel and beaches near Santa Barbara, California. The blowout of Union Oil’s Platform A in the Dos Cuadras Offshore Oil Field caused this terrible mess.

The beaches slathered with sticky black goo. The oil killed a multitude of seabirds. Dolphins, my favorite marine mammal, killed and maimed. Elephant seals and sea lions suffered. Drenched in the oil that powered our “success.” We may never know the extent of marine mammal damage.

Little did we know what our insatiable hunger for oil had in store for us. It turns out, this disgusting disaster would rank third in size. Unfortunately, two other spills competed and won the top spots for disaster. The Deepwater Horizon oil spill in 2010 and The Exxon Valdez fiasco in 1989 were worse.

The 1960’s were a time of change. Loud active protest about the Viet Nam war raged everywhere in the United States. Legislation to safeguard the environment passed after the Santa Barbara oil spill. Our country was waking up to environmental responsibility.

Some of the legislation born of the Santa Barbara spill: 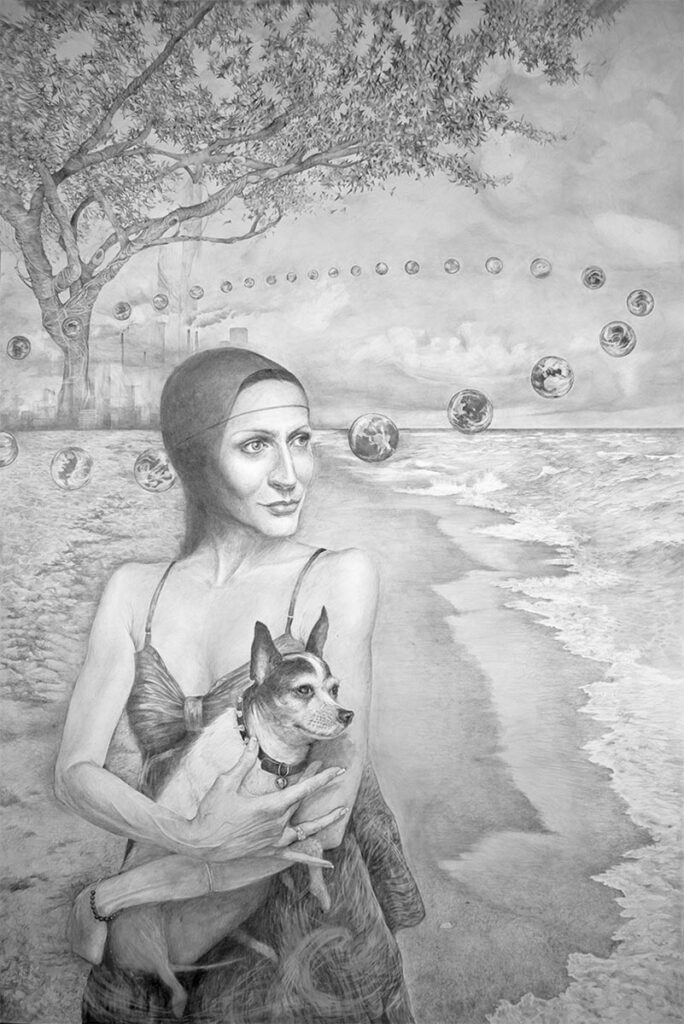 The first earth day was an inspiration of Senator Gaylord Nelson of Wisconsin. He channeled the power of students. Smart.

He and Congressman Pete McCloskey, a conservative Republican, organized teach-ins on campus. Together they harnessed the power of the anti-war demonstrations. They educated the masses about our responsibility for air and water pollution.

They picked April 22. It was a weekday.

Nelson and McCloskey recruited the activist. Denis Hayes, to set up the teach-ins. His vision was much bigger. Hayes expanded the effort nationwide, joining forces with faith groups and other organizations. 20 million Americans celebrated the first Earth Day.

For the first time our country became aware about what we are doing to our environment. And that we needed to make changes. 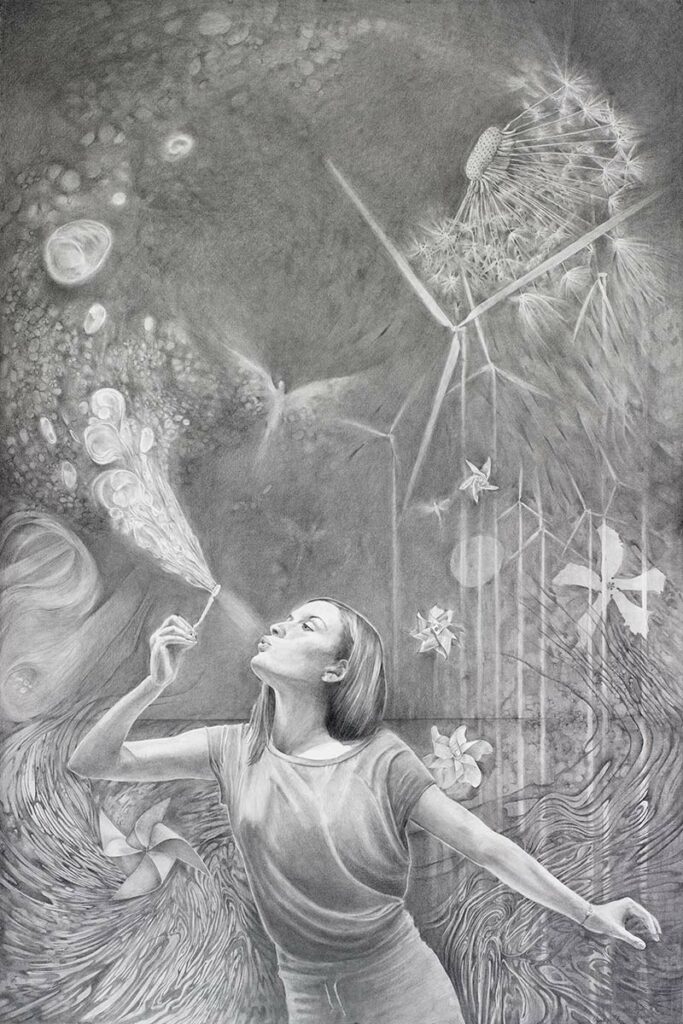 The United Nations held The Earth Summit in Rio de Janeiro in 1992. The summit brought awareness to our individual environmental responsibility. 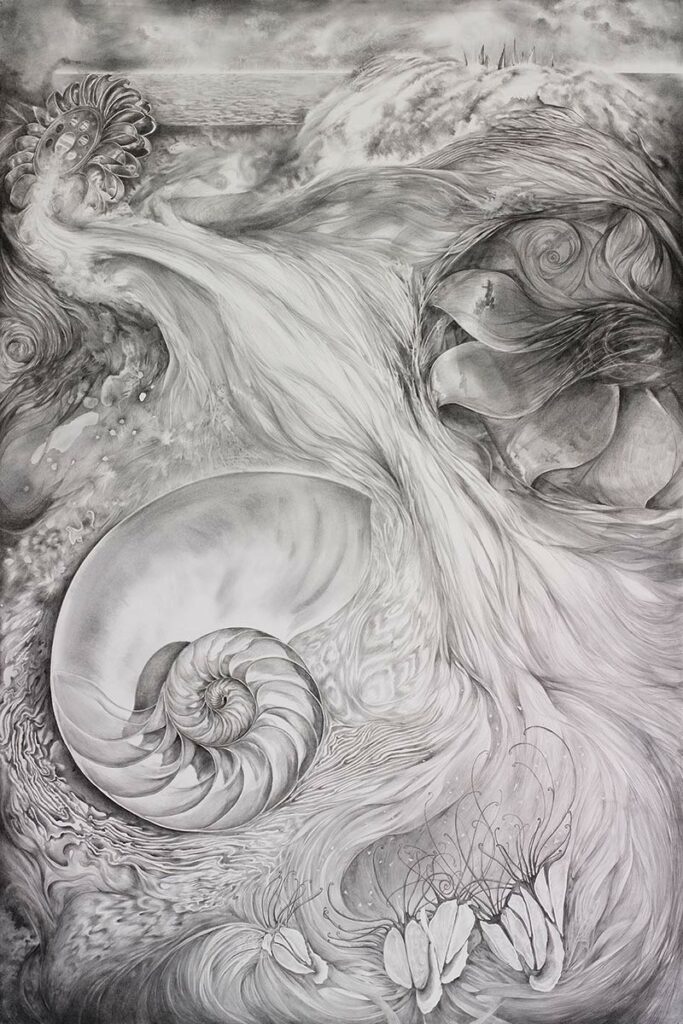 Earth day is now observed by more than a billion people around the globe. Education is the fiercest weapon against climate change denial. Every decision we make affects our environment. From the miles we drive to the plastic we consume. The legislation we support and the funds that we donate. It is your individual environmental responsibility to make educated consumer decisions.

Check out the comprehensive guide to Earth Day on earthday.org

How I Celebrate Earth Day – Every Day – With my Artwork 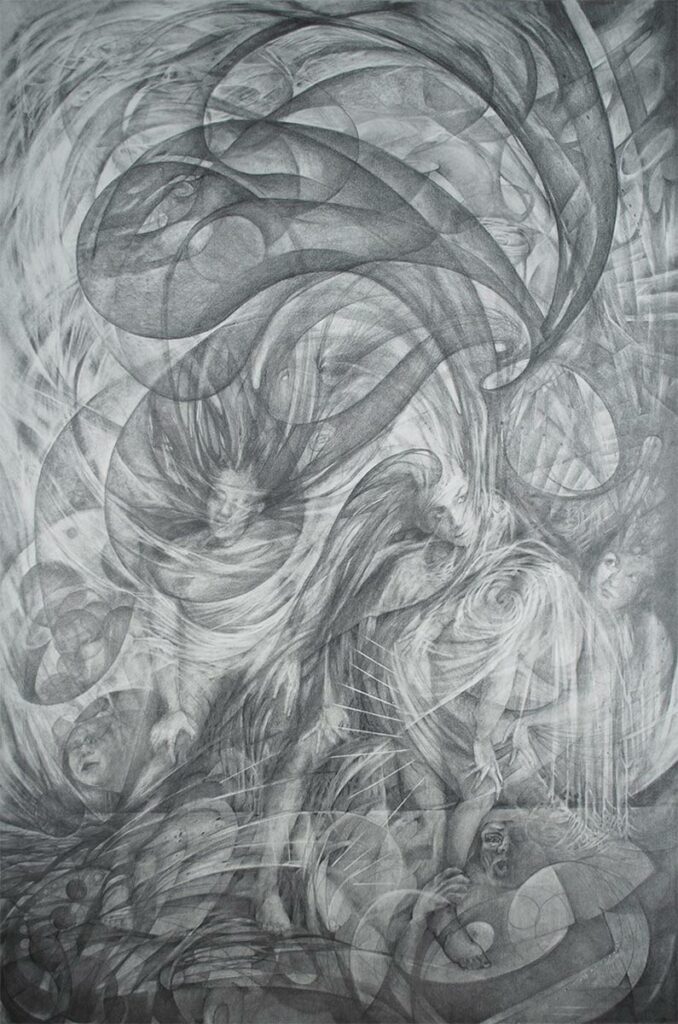 I created a series of drawings in 2009 called Surface Tension. I have a deep respect for the power of nature because I spent a huge part of my life on a sailboat. I want to have the choice to limit my use of petroleum power. I know that alternative energy is evolving and needs development. I want to choose clean energy. This is my individual environmental responsibility.

I love drawing with graphite. It leaves a sheen on the paper that reminds me of oil. Oil sheen patterns permeate these drawings. That slippery slimy pattern is woven into each of these drawings. A human or sea creature tells the story in each graphite tapestry. We are individually responsible for the decisions we make about the future of our planet. 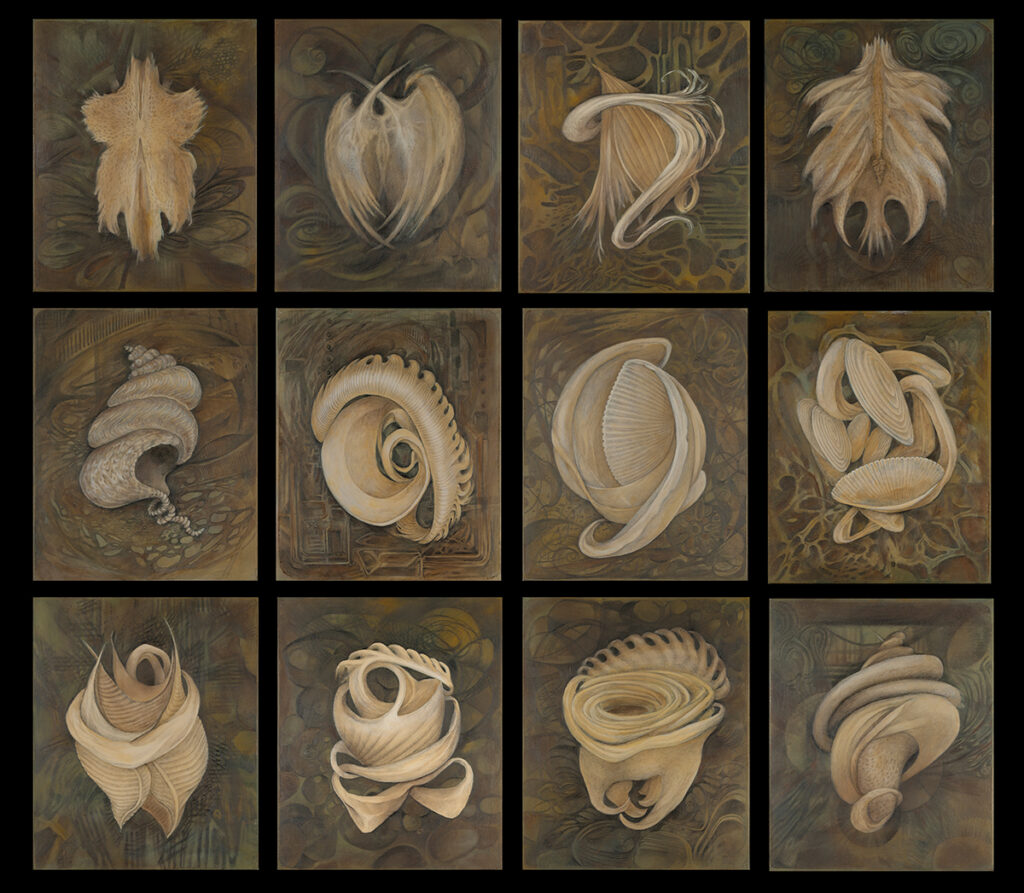 GIFTS FROM THE SEA

Gifts from the Sea

Anne Morrow Lindberg”s book, “Gifts from the Sea” inspired this series of drawings.  In the 1950’s she escaped her huge family to spend time in a Sanibel Island beach cottage. She equated the shapes of shells to passages in life as a woman and a mother.

I picked three words that she used. A woman as a cradle, a shield, and a vessel. The imaginary shells are integrated with images of beach junk.

You know, that plastic stuff that does not go away…EVER!

Each shell is drawn with metalpoint and graphite. The backgrounds are metallic pigment and acrylic paint. They are from my imagination,  inspired by my sense of purpose. My individual environmental responsibility.

An ode to the power of the ocean. 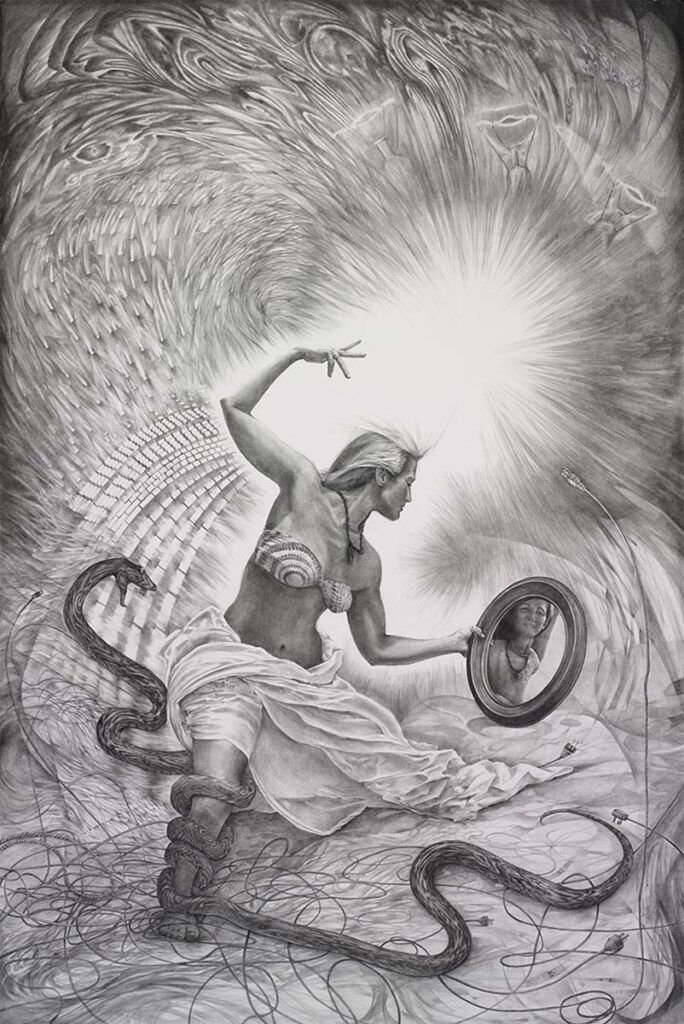 How you can be part of the solution

Artists have a responsibility to bring awareness to important issues. ArtWorks for Change is an organization that holds environmental art exhibitions. The exhibitions challenge you to think about critical social and environmental issues.

Pledge to yourself to make conscious changes in the choices you make everyday.

What kind of pledge will you make?